No doubt, Samsung has been producing amazing smartphones with incredible features for more than a decade. Recently, it released one of its best products on August 19, 2019, and was called the Samsung Galaxy A30s.

This smartphone was launched as a mid-range and lite gaming smartphone for multipurpose use. It has been featured by Exynos flagship chipset, Octa-Core CPU, and a good camera setup.

As the company hasn’t relented in providing standard design and building quality smartphones for people, many already are interested in knowing about the newly released smartphone.

In this article, you will get to know about Samsung Galaxy A30 price in Nigeria.

Presently, the Samsung Galaxy A30s is being sold for between ₦90,000 to ₦120,000 in Nigeria smartphone dealers outlets. Though, some dealers inflate the price as the product is going out of stock.

The Galaxy A30s has 4G LTE for its internet connections. Other connectivity options on this smartphone include 2G, 3G, Wifi, WIFi hotspot, and a USB port. It also comes with a fingerprint sensor.

The Samsung Galaxy A30s is provided with a 4000mAh Li-Po non-removable battery capacity.

The Samsung Galaxy A30s is designed with a Glass front, plastic frame, and plastic back design. It is available in Prism Crush White, Prism Crush Black, Prism Crush green, and Prism Crush violet2 colors. It supports a 6.4-inch Super AMOLED display with a screen resolution of 1560 by 720 pixels and a 19.5: 9 aspect ratio, with about 84.9 screen-to-body ratios.

The Samsung A30s is made up of a triple rear camera, a 25-megapixel main lens + 8 MP, ultrawide + 5-megapixel depth lens with LED flash. While the front-facing camera only has a single 16-megapixel.

Compare Price of other Samsung Phones

At present, the Samsung Galaxy A30 price in Nigeria is between N90,000 to N130,000, which is not fixed and could change due to certain factors like the dollar exchange rate, your chosen RAM, and storage space.

Samsung Galaxy A30s comes with unique features adequate for smartphones in its category.

To purchase Samsung Galaxy A30s, you can get them from physical stores or make an order from an online store. 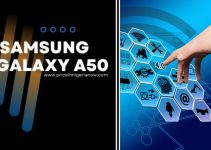 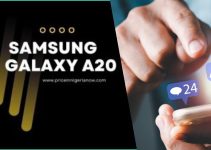